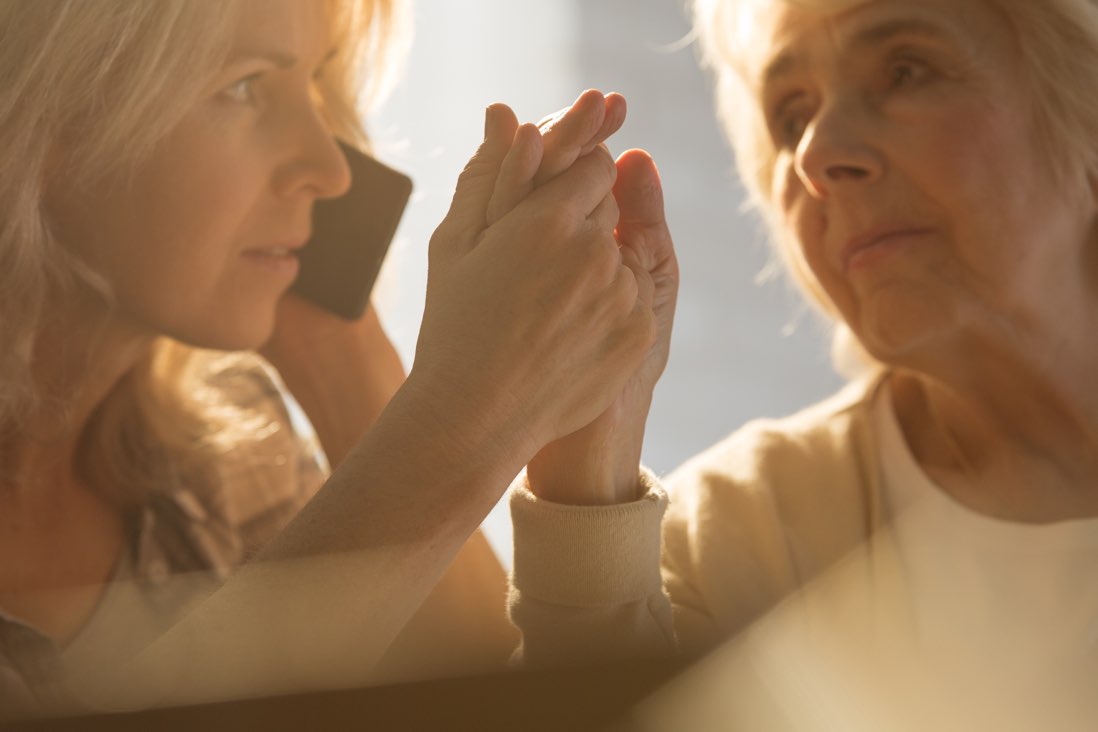 Thyroid disease is very common but there are some people who are much more likely to develop a thyroid condition than others. What are the risk factors for thyroid disease? At the current time, we don’t always know the causes of thyroid disease, but we do know of several risk factors. For example, women are much more likely than men to develop a thyroid condition. Historically, iodine deficiency was an important cause, but even today we know there are some foods that may raise risk.

Why is it important to know your risk factors for thyroid disease? Whether your thyroid is overactive or underactive, the initial symptoms of thyroid disease can be subtle. For example, you may note that you are a little more tired or have experienced weight gain, and dismiss this as being due to age, or being less active. In other words, the symptoms are often very “nonspecific” and easily attributed to something else.

Women face a greater risk of developing thyroid disease than men. While experts vary in their estimates, it’s said that women are anywhere from six to eight times more likely to develop a thyroid condition than men. This may be due to an increased risk of iodine deficiency (especially during pregnancy) and hormonal influences.

Being 50 and above increases the risk of thyroid conditions for both men and women.

Surgical removal of all or part of the thyroid usually results in hypothyroidism, an underactive thyroid.

Radioactive iodine treatment to the thyroid, which is used to treat Graves’ disease/hyperthyroidism, and is often used as part of thyroid cancer treatment after surgery, typically results in hypothyroidism.

The risk of developing autoimmune thyroid disease or a temporary thyroiditis increases slightly while pregnant or during the first-year postpartum. Roughly 7 percent of women who give birth develop postpartum thyroiditis, but this often goes undiagnosed as symptoms such as fatigue, mood swings, and hair loss are common in the postpartum period.

If you are or were a smoker, you have an increased risk of developing autoimmune thyroid disease. Cigarettes contain thiocyanate, a chemical that adversely affects the thyroid gland and acts as an antithyroid agent. Researchers have found that smoking may increase the risk, severity and side effects of hypothyroidism in people with Hashimoto’s thyroiditis, and smoking worsens the effects of thyroid eye disease, a complication of Grave’s disease. Smoking also reduces the effectiveness of treatment for thyroid eye disease.

Iodine Deficiency and Where You Live

Lack of sufficient Iodine—iodine deficiency—increases the risk of hypothyroidism and goiter (thyroid enlargement.) Iodine deficiency is more common in developing nations and countries where table salt is not iodized. In the U.S., iodine deficiency is seen mainly in people who restrict their salt intake, and in some people who live in areas—usually mountainous or inland—where there are lower iodine levels in soils and foods. Some people have become iodine deficient after switching to sea salt (in an attempt to eat a “healthier” diet) which does not contain iodine.

Use of iodine or herbal supplements containing iodine, in pill or liquid form, by people who are iodine sufficient increases the risk of autoimmune thyroid disease and hypothyroidism, and, less commonly, hyperthyroidism or thyrotoxicosis. Learn more about the iodine controversy and thyroid conditions.

Certain medical treatments and drugs increase the risk of developing an underactive thyroid. These include Interferon Beta-1b, Interleukin-4, immunosuppressants, antiretrovirals, monoclonal antibody (Campath-1H), bone marrow transplant, and (Cordarone) amiodarone, among others. Lithium can affect the thyroid gland in several ways. This medication used for bipolar disorder is linked to goiter, autoimmune thyroiditis, and hyperthyroidism.

Some foods—when eaten raw and in large quantities—naturally contain chemicals that can promote goiter and cause hypothyroidism in some people. These chemicals are known as goitrogens. Some foods that are high in goitrogens include cruciferous vegetables such as cabbage, Brussels sprouts, broccoli, turnips, rutabagas, kohlrabi, radishes, cauliflower, African cassava, millet, and kale. (Note: Those with underlying thyroid antibodies and a tendency toward autoimmunity appear to be at more risk.)

Soy is considered a goitrogen, and some studies have shown that soy may trigger or contribute to hypothyroidism. It may also interfere with thyroid medication absorption. Other research is conflicting, however, and there is no consensus. Many experts recommend that people with autoimmune thyroid disease or goiter who have not had their thyroid surgically removed avoid overconsumption of soy products, and in particular, concentrated and processed forms of soy such as those found in pills and powders.

Having a medical test in which an iodine-based contrast agent is used slightly increases the risk of developing a temporary thyroiditis, hypothyroidism or hyperthyroidism. (Note: Those with underlying thyroid antibodies and a tendency toward autoimmunity appear to be at more risk.)

Some types of chemotherapy, such as adjuvant chemotherapy used for breast cancer can blunt thyroid function and lead to thyroiditis or hypothyroidism.

Recent exposure to a surgical antiseptic that includes iodine (such as Povidone) can increase the risk of temporary thyroiditis, hypothyroidism or hyperthyroidism. (Note: Those with underlying thyroid antibodies and a tendency toward autoimmunity appear to be at more risk.)

Some research suggests that there is a slightly increased risk of hypothyroidism or thyroiditis after recent neck surgery, trauma (such as whiplash), biopsy or injection in the neck area. These conditions are usually transient. The existence of longer-term post-traumatic hypothyroidism or post-surgery “thyroiditis” is still a topic of controversy.

Other research points to but does not definitely establish, an increased risk of autoimmune disease, including autoimmune thyroid disease, in people who are left-handed, ambidextrous or prematurely gray. It’s thought that these traits may be found in a particular gene that is also shared by certain autoimmune tendencies.

Now That You Know Your Risk Factors, What Can You Do?

If you found that you have one, or several, of the risk factors above, what can you do? You may also be wondering, why are so many people getting thyroid disease?

First of all, it’s important to understand the symptoms of thyroid disease. If you are having any of these signs or symptoms, or develop them in the future, talk to your doctor. Some doctors recommend periodically screening women, especially those over the age of 40 since the symptoms are often vague and can easily be dismissed as being due to another condition or simply aging alone. Second, make sure your doctor is aware of your risk factors, such as a history of thyroid problems during pregnancy in the past. We know that the incidence of autoimmune disease is rising, as is the potential exposure to chemicals and toxins in the environment. We also know that some infectious diseases, such as Lyme disease which have emerged over the past several decades are associated with thyroid conditions. While we don’t know precisely what is causing this increase in thyroid disease, it is yet another reason to be aware of your risk factors. You may also wonder if there is anything you can do to prevent thyroid disease. While you may not be able to prevent these conditions, there are some things you can do to reduce your risk of thyroid disease. Finally, it’s important to be your own advocate for your health. Know your risk factors, know the symptoms of thyroid conditions, and talk to your doctor if you simply aren’t feeling right.